Checks can be sent to:
Fountain Of Blessings
145 Country Club Drive
Tampa, FL 33612

Truly, Yeshua is the Passover Lamb.

On the road to Jerusalem

On the road to Jerusalem (Part 1)

On the road to Jerusalem (Part 2)

On the road to Jerusalem (Part 3)

On the Road To Jerusalem (Part III)

Jerusalem stood at the center of a cherished dynasty, chosen by God and by man. The loose network of Israelite tribes had come together under Saul, and formed a kingdom under David. It was King David who relocated the capital from Hebron to Jerusalem.

There is a principle here worth mentioning: Man views circumstances outwardly, while God is Spirit, therefore has an infinitely more profound outlook.

King David saw that Jerusalem was well shielded on a mountain with mountainous barriers on its sides, except for the Kidron Valley southward. That would surely have been a steep climb for an enemy. Therefore, Jerusalem had natural ‘security walls’ defended on all sides, indeed an unusual tower of defense.
Other reasons for choosing Jerusalem included the water provided by the hidden Gihon Spring; this was more than enough to supply the city abundantly. To ensure that there would be ample provision during a possible enemy siege, King Hezekiah had constructed a tunnel leading from the spring on the cliff of the city limits, to the Pool of Siloam in 701 BC. This provided not only adequacy, but also prosperity. It was a place to refresh the weary and satisfy the faint.

Jerusalem seemed like a politically neutral place, being on the fringe of the Northern border of the tribe of Judah. It was unoccupied by any of the twelve tribes of Israel. Thus, it was a free state within the Kingdom. This eliminated jealousy and competition between the tribes. Exercising their free will, they could travel to Jerusalem freely for any feasts or festivals.

On the other hand, God is omniscient, thus He held His own criteria for choosing Jerusalem. His own city has been called by various names throughout Scripture, and each infers a sacred reason. Aviel is mentioned in Isaiah 29, and refers to The Mount of God (lit. ‘The Lion Of God.’) This signifies the principal stronghold of God and the center for His worship. His people could worship, even in the Presence of His holiness, near the holy of holies, the most consecrated place in His temple. David was looking for Jerusalem to be a city of refuge, while The El Shaddai was making it a central place of adoration and devotion.
T 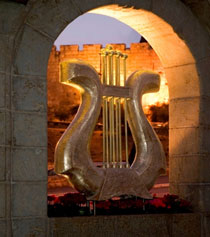 he term Zion emerges in 2 Samuel 5 when David prepares to attack the Philistine fortress. Yet, Zion is more than a fortress; it is the spiritual point from which truth emerges, leading to everlasting victory. Salvation emerges from Zion, since there lies the seat of mercy, and forgiveness, of Him who is the judge of the whole earth.

Alternate names for Jerusalem include Neve Tzedik in Jeremiah 31, meaning the dwelling of the righteous. God was planning a place where redeemed souls would dwell upon a mountain uttering “The Lord bless you, O righteous dwelling.” The City of God is truly an eternal place. In Lamentations it is called Kililat Yofi, or the paragon of beauty. Not only are the feet of those who bring glad tidings beautiful, but so is their dwelling place.

Thus we see that Jerusalem uniquely offered protection, refreshing and freedom in the natural realm. However spiritually, God orchestrated it as a place of divine worship, righteous dwelling and eternal beauty.

In the past, there have been other occupants of Jerusalem, who were not counted as God’s holy people. God made His intentions clear when He sent a message through His servant Zechariah, “ADONAI-TZVA’OT says, ‘I am extremely jealous on Tziyon’s behalf, and I am jealous for her with great fury. I am returning to Tziyon, and will live in Yerushalayim. Then Yerushalayim will be called Truth City, ADONAI-TZVA’OT’S Mountain, the Mountain of the Holy One.’ In addition to repatriation of the diaspora, could this also signify the millennial reign or our Lord and Savior, Y’shua the Messiah. 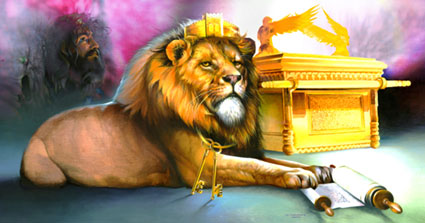 And, what of the New Jerusalem? A holy city, a new heaven and a new earth, which John saw coming down out of heaven from God……………

This entry was posted in On The Road To Jerusalem. Bookmark the permalink.
Submit a Prayer Request

For Email Newsletters you can trust